US Schoolchildren Take A Virtual Tour of Mars 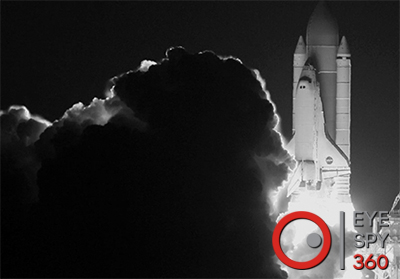 We need to get more children into STEM subjects. We are advancing into an increasingly technologically focused future, and we are going to need an enthusiastic and dedicated new generation of scientists, technicians, engineers and mathematicians to take the baton and run with it. Unfortunately, there is a bit of a shortage of new recruits coming through the education system in the West, particularly young women, who face numerous institutional and cultural barriers to establishing themselves within these industries. In North America, there could be as many as 2.4 million unfilled STEM positions by 2018.

In Philadelphia in the United States, however, a new program named “Generations Beyond”, sponsored by the global aerospace-military corporation, Lockheed Martin, is showing elementary school children the possibilities that a career in STEM could offer. How? Through a decked out VR school bus that takes kids on a virtual tour to Mars. As Lockheed Martin’s Angela Ciummo explains:

“The person that may be going to Mars someday might be in middle school now, so we want to let these kids know that that could be them.”

The Orion Mission to Mars is planned to take place in 2030, but it can’t go ahead without the future talent to orchestrate and man the mission. So, beyond being good fun for the kids of Moorestown Upper Elementary School in Burlington County, New Jersey, the “Generations Beyond” Education Initiative is designed to whip up early excitement in space exploration and power these children into these key careers as they grow.

The lucky children of New Jersey may have had first dibs on the Mars virtual tour school bus, but for the rest of us, the “Generations Beyond” initiative is still within our reach. Lockheed Martin has also created a Mars Walk VR app that anyone can access via smartphone using a Google Cardboard or Daydream, or Samsung Gear VR headset. The app is available on both the Apple App Store and via Google Play.

The use of virtual tours is a key aspect of the “Generations Beyond” program, for two main reasons. Firstly, there’s the obvious benefit that children are very interested in virtual reality already. And second, the use of virtual reality technology ties in with the whole STEM path itself. For those who enjoy the experience but aren’t necessarily future aerospace engineers or astronauts, there’s still a wide variety of careers that require VR designers, computer scientists, and so on, who will use virtual reality as part of their jobs. Virtual reality is already making its mark in various industries such as Healthcare, Retail, Architecture, Interior Design, and - of course - Property Marketing.

Other Space Experiences From "Generations Beyond"

From Lockheed Martin’s dedicated “Generations Beyond” website, children and teachers (and anyone else who’s interested) can explore the Orion spacecraft, learn about the expedition to Bennu and about the planet Jupiter in an interactive web experience called “Deep Space Missions”. You can also learn about the missions that Lockheed Martin supports, and the spacecraft involved, in a trip through the solar system, and access a huge variety of resources.

Teachers can explore engaging digital lesson plans, and parents can get ideas for STEM-focused family activities directly from the “Generations Beyond” website. There is also a Generation Beyond Video Challenge each year for children to enter to win ‘out of this world’ prizes. The 2016 competition asked kids to design a habitation module on the Orion spacecraft, and we can expect an equally engaging and educational contest for the 2017 challenge.

Virtual reality in education is an increasingly growing sector, demonstrating countless uses for engaging children in new and innovative class environments. Many children learn best by being immersed in their learning experience directly, and virtual reality offers the perfect opportunity to do so.

A virtual tour of space is one thing, but there are endless virtual tours out there to educate children on a range of different topics. You can explore the African savannah, or enter the Egyptian pyramids. There are even virtual tour experiences that take you back in time to experience life in the distant past.

We can certainly expect the virtual tour to form an intrinsic part of how we educate our children in coming years. As the technology of 360° photography and video develops, there is the possibility that the virtual classroom will become the new norm.