How Police Are Using 360 Photography and Virtual Reality in Crime Scenes? 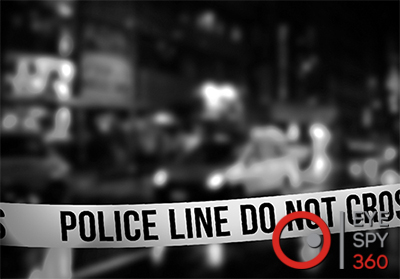 Technology has long played a significant role in law enforcement, from Internet monitoring of chat rooms online to CCTV and other surveillance equipment. And now, with the maturing of 360 photography and virtual reality, crime scene reconstruction is now more accurate than ever.

In the past, crime scene photography and sketches were used to recreate representations of the scene to be used in Court. But as useful as these two-dimensional representations have been for decades, their accuracy for assessing an entire scene has been limited. With the use of 360 photography, however, complex 3D surfaces can be analysed in an immersive space that gives a thorough representation of the scene.

Bullet holes, blood spatter, and other evidence that is hard to document with 2D methods come to life, as it were, when presented in a three-dimensional representation. 360 cameras can capture a crime scene quickly and accurately, soon after officers arrive on the scene. This minimises what is known as scene degradation, which begins to occur immediately after the crime is committed (through unavoidable movements or environmental changes within the space).

In an interview with Digital Trends, Mehzeb Chowdhury, a PhD researcher in forensic science and criminal investigations at Durham University explained the problems with scene degradation and in-person jury scene visits:

“The most problematic aspect of crime scene visits is that, with time, every characteristic of the scene changes in some way or the other. This is called scene degradation. Years could pass between a crime being committed, and a jury scene visit, with very little remaining the same. A contemporaneous snapshot of the entire crime scene would preserve the necessary details for investigation and trial.”

Like a virtual walkthrough of real estate property, the use of 360 photography completely negates the need for in-person visits, like the jury scene visits Chowdhury mentions above. Less time wastage, less imposition upon any family or residents of the building or space where the crime occurred, and - crucially - the ability for investigators to visit and revisit the scene countless times, as and when required.

An entire building and/or surrounded area can be mapped into the VR representation, in the same way that the EyeSpy360™ software links rooms within a virtual walkthrough. It is, therefore, possible to document not only the specific area where the crime itself was committed, but all areas nearby, building a detailed picture of how all parties: perpetrator, victim, law enforcement, and witnesses, interacted within the space over the period of the incident.

Being able to collect a representation using 360° photography so quickly and easily is just one way in which the accuracy of crime scene documentation can be vastly improved by the use of the technology. Another is the capability the technology offers for zooming in to view the scene from vantage points that may be inaccessible in the real world. These different perspectives can give further valuable information on the course of events in a crime scene to inform investigators’ theories.

Once the 360 photography of the crime scene has been recorded, it can be turned into a virtual walkthrough for jurors to experience using a virtual reality headset. This can be as low-key as a simple Google Cardboard stereoscopic VR device that the jurors can access via a smartphone. In this way, the jurors can observe the space in detail, comparing it against testimonies and other evidence given in Court to aid them with their verdict on the case.

In the current system, barristers can pick and choose which crime scene photos are shown to a jury. This form of case presentation is highly subjective - it becomes a storytelling exercise on behalf of the barrister, leading jurors into a perspective on the crime that is far from objective. With a virtual reality representation using 360° photography, there is no creativity, no selective presentation on the part of the barrister - what you see is, quite literally, what you get. 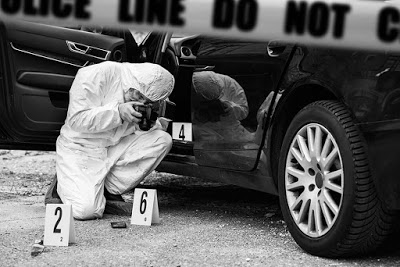 In combination with 360 photography of crime scenes, law enforcement departments continue to integrate long-standing technologies, such as a surveyor’s tool known as ‘total station’, as well as laser technologies which are now capable of recording up to 25,000 measurements per second. Though these technologies have been used for some time, the capacity to integrate the data they gather with the accurate visual representations in 360 photography drills deeper into the information available for analysis.

This data enhances the virtual reality model with accurate measurement of distances and angles within a space. The result, of course, is a more detailed diagram. Bullet trajectories, for example, can be overlaid onto the 360 photography, along with distances between objects and humans within the space when the crime was committed. This can be ascertained through a combination of forensic and DNA evidence, all of which can be combined for a thorough analysis of the crime scene.

360 photography has numerous benefits over CAD-created 3D reconstructions that have been the go-to tool for a number of years. For one thing, 360 photography negates the need for a skilled computer programmer or graphic designer to use the hardware and software necessary to build such a reconstruction.

As with EyeSpy360™'s software, which can work with any 360 camera, the legwork is done automatically in no more than a few minutes. Clearly, the other advantage is that, rather than being a reconstruction of a scene, it is a series of actual photographs. 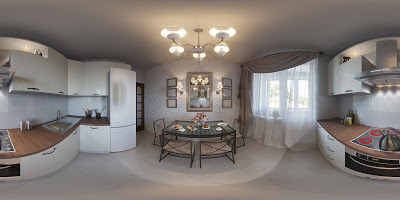 Firstly, attribution of blame in a car crash fatality can be more accurately ascertained, as can the specific circumstances that led to the crash. This can have implications for understanding whether there was a fault with the vehicle that was responsible for the accident, and thus whether blame is attributable to the vehicle manufacturer, a mechanic, or other party who may have tampered with the vehicle. Of course, this data is hugely useful to insurance companies, too.

As technology continues to evolve, so too will the ways in which the justice system works. We are already seeing AI technologies infiltrating law, with robot legal clerks, and the potential for AI to be used in determining cases (although this is still controversial). Virtual and augmented reality, facilitated by 360 photography, will have an equally large impact in years to come, with its applications already proving their worth across law enforcement and the judicial system.