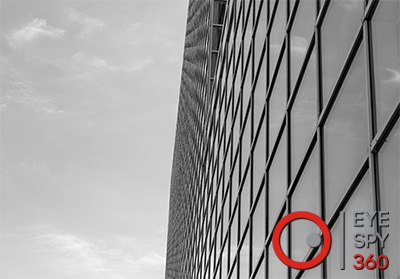 The real estate agent’s task of taking a property from listing to sale (or let) is rife with time-wastage. Whether it’s showing people around properties that they clearly have no interest in, negotiating infuriating city traffic to reach one property after another for viewings, or any of the myriad niggling tasks in between, there is a chasm in efficiency. So, too, is the journey of the buyer or tenant, who currently views an average of between 12 and 15 properties before finding their next home. There really must be a better way to market property.

The emergence of 360 virtual tours offers a dramatic solution for agents and buyers alike. Basically, rather than traipsing around those 12 to 15 properties, what if the buyer could narrow down their search by previewing properties virtually?

The Rise of 360 Virtual Tours

At present, not a lot of people have high-end virtual reality hardware at home. Some may own a smartphone-enabled device, such as a Google Cardboard or Daydream, or a Samsung Gear. But the vast majority are still not VR-equipped. All signs point to a rise in adoption over the next few years, but at present, the computer or tablet screen is where they will search for properties.

Where an agent is able to produce a 360 virtual tour of a property, this property search can be more engaging and accurate than before. Two-dimensional photographs of properties are well-known for not necessarily giving a true representation of the space, with many property viewers subsequently disappointed when they view the property ‘in the flesh’. Those who have engaged with a 360 virtual tour, however, report satisfaction with the accuracy of representation enabled by a more three-dimensional view of the space.

By streamlining the time spent searching and narrowing down properties to view, buyers will only plan viewings for those in which they are most interested. This also relieves the agent of potentially up to eight hours per client, which can add up to a vast increase in efficiency on other pressing tasks.

Where To Show Your 360 Virtual Tour

It is relatively simple, once the 360 tour is created, to upload and make the tour visible online. The tour can be accessed from desktop, tablet, mobile, and via Google Cardboard or Samsung Gear VR headsets.

A 360 virtual tour hosted on your agency’s website can vastly increase the reach of the property listing. An iframe embed code is provided, allowing an agent to easily embed tours on their own website. The agency can link from the Rightmove or Zoopla listing, as well as from most leading property CRM systems, to the 360 virtual tour on the agency website.

This is is a service that commands a price premium from sellers/landlords, offering an extra revenue stream for agents, or at least offsetting the cost of enabling such a desirable extra service.

Equally, from a brand exposure perspective, this linking creates strong search engine signals, which boost an agency’s rankings in Google and other search engine results, thus driving more traffic to the website.

Interested property investors or house hunters can be offered promotional Google Cardboard headsets on which to view the tours, which your company can order from external online providers, customised with agency branding. This is a good promotional tool for initiating the move to virtual reality viewings, and further positioning you as a forward-thinking brand.

The ability to view a property remotely, either on screen or via a virtual reality device, also widens the scope of buyers.

Overseas investors are a key target for 360 virtual tours, as the necessity to travel for viewings is substantially reduced. In some cases, investors have put down an offer on a property without viewing it in person. This is particularly the case for luxury and high-value properties, which are those most frequently sought by overseas investors.

That being said, there is also a lot of traction for buy-to-let investors, who typically are less involved in the nitty-gritty of physical details. These investors rely more on survey results and data on prospective rental yields and capital gains than the intricacies of the space. Again, 360 virtual tours reduce the amount of time spent on viewings for buy-to-let investors, who are even less likely to want to spend significant time on viewings than residential buyers or tenants.

Aside from the practical benefits of 360 virtual tours, there is also the pure marketing element. An agency that sets itself apart from competition by offering this extra dimension is one which will see improved brand perception from both buyers and sellers.

A company, from any industry, which is able to demonstrate its forward-thinking attitude to technological innovation by delivering improved value to customers, is one that future-proofs its business and positions itself at the forefront of its sector.

Virtual reality in property, as a whole, is already an industry worth an estimated £8.2bn. According to Goldman Sachs, this is set to treble by 2020.

To offer a 360 virtual tour of a property obviously comes with a price premium. Whilst this extra expense is not always necessary, it is certainly worth considering on a property where a quick sale turnaround is required, or where a property has been stagnating on the market for too long.

Bring In The Professionals

A key question is whether it is feasible to create your 360 virtual tour in-house using your own hardware, or whether it is better to engage experts from outside.

With EyeSpy360™, it is quick and simple to upload panoramic photos from any 360-degree camera to our platform. From here, it’s an easy process to creating your own 360 virtual tour in minutes via our online software.

We provide all the hardware you need, including tripod, tablet, cables and the 360-degree camera itself. You also get a login to the online software platform, where you finish and save your tours. This means it’s pretty straightforward to do it yourself in-house.

The Property Industry is now wide-awake to the revolutionary power of 360 virtual tours and virtual reality for marketing property. There is little doubt that the new 360 medium will soon replace two-dimensional imagery altogether. Isn’t it time that your agency was part of the revolution?